The implementation of the three years Erasmus+ Jean Monnet Support to Institution “POLO-Cro28 Policy Observatory in Croatia” has come to an end on the 31 August 2018. We are pleased to announce that that all the project activities have been successfully implemented in time. The results and reports of all project events are available on this web page. The POLO-Cro28 project team is grateful to everybody who followed our activities, took active part in the project events or read our papers.

Zagreb: University of Zagreb, Auditorium of the Rectorate Building, TrgHrvatskeRepublike 14.

The detailed report from the conference “The Challenges for EU Policy Implementation in Croatia and other New Member States” organized by the Institute for Development and International Relations (IRMO) in co-operation with the European Commission Representation in Croatia, on the 9th of July 2018 has been published in Croatian.

Maarten Verwey speech “Structural Reforms: Why, What and How? 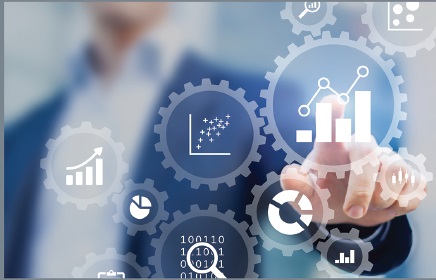 The bilingual book “The challenges of European policies implementation in Croatia / Izazovi provedbe europskih politika u Hrvatskoj” is the result of the ERESMUS+ Jean Monnet Support to Institution project “POLO-Cro28 Policy Observatory in Croatia”. The book unites updated versions of the six policy papers previously published on the project website. The authors of contributions are IRMO researchers and external collaborators. In all thematic areas (European Semester, competitiveness, cohesion policy, youth employment, environmental protection policy, energy policy) the starting point was analysis of the EU policy framework and comparative analysis of Croatia’s and some other new Member State’s experiences. The authors prepared recommendations for Croatian policymakers based on their research findings.

The policy paper “The Impact of Cohesion Policies on Croatia’s Regional Policy and Development” written by Sanja Maleković, Jakša Puljiz and Ivana Keser presents an overview of the role of cohesion policy in the process of designing Croatia’s regional policy. Its purpose is to contribute to a wider understanding of the interplay between the cohesion policy and domestic regional policy, particularly with regard to the main channels of the influence and resulting policy changes. The paper also provides a comparative analysis of the effects of cohesion policy in the two new EU Member States, Slovenia and Slovakia. Based on the analyses conducted, the authors draw up specific policy of recommendations for the policy makers in Croatia.

The conference  „The Challenges of Implementing EU Policies in Croatia and Other New Member Sates“ is organised by the Institute for Development and International Relations (IRMO) in co-operation with the European Commission Representation in Croatia. It will be held on the 9th of July 2018 (Monday) beginning at 9:30 and is scheduled to end at 14:00 hours in the auditorium of the Rectorate Building at the University of Zagreb, Trg HrvatskeRepublike 14.  The conference is held as the final event within the Erasmus+ Jean Monnet support to institution project “POLO-Cro28-Policy Observatory in Croatia” implemented by IRMO. Please send you registration forms by Wednesdaythe 4th of July 2018.

The policy paper “Energy Transition in Croatia – Moving towards Effective Membership in the Energy Union“  written by Ana-Maria Boromisa has been published in English. The paper shortly describes the Energy Union and the role of investments in achieving its goals, with the focus on projects of common interest and investments at the national level in Croatia. Using information on the planned and implemented strategic investments in Croatia it estimates the capacity for fulfilment of the Energy Union’s goals on one side and its contribution to the achievement of the energy policy goals in Croatia. Based on this analysis the author presents specific recommendations for Croatian policymakers.

On May 23rd 2018, the European Commission presented the 2018 country-specific recommendations, setting out its economic policy guidance for Member States for the next 12 to 18 months. The Commission underlines that Europe’s economy is growing at its fastest pace in a decade and that current favourable conditions should be used to make Europe’s economies and societies stronger and more resilient.

Recommendations for Croatia for 2018 and 2019 reflect the previous ones and call for: 1) strengthening the fiscal framework and introducing a recurrent property tax; 2) discouraging early retirement, delivering on the reform of the education and training system, consolidating social benefits; 3) reducing the territorial fragmentation of the public administration; 4) improving corporate governance in state-owned enterprises and intensifying  the sale of state-owned enterprises, reducing the burden on businesses arising from cumbersome administrative and legislative requirements, enhancing competition in business services and regulated professions, improving quality and efficiency of the justice system.

The 2018 Convergence Report assesses Member States’ progress towards joining the euro area and covers the seven non-euro area Member States that are committed to adopting the euro, counting among them Croatia. It finds that these Member States generally display considerable nominal convergence, but none of them currently meets all the formal conditions for joining the euro area. Croatia, along with Bulgaria, fulfils all of the convergence criteria, except for the exchange rate criterion as it is not a member of the Exchange Rate Mechanism (ERM II).

More on the Spring Package:

More on the Convergence Report:

On the 3rd of May 2018 the European Commission has issued its Spring Economic Forecasts for the EU member states. According to the forecast for Croatia the economy remains on track to reaching its pre-crisis volume in 2019. Real GDP growth is expected to remain at 2.8% in 2018 and to moderate to 2.7% in 2019. Private consumption is expected to drive growth due to continued wage and employment growth.Goods exports are projected to progressively slow this year and next. The general government balance continuedimproving and turned into a surplus of 0.8% of GDP in 2017. This was a result of both strong revenue growth supported by recovering GDP growth, and substantial expenditure containment. The reduction of the debt ratio is expected to accelerate, with a projected ratio of 73,7% of GDP for 2018 and 69,7% in 2019.

On May 3rd 2018, the Commission proposed a long-term budget of €1,135 billion in commitments over the period from 2021 to 2027, equivalent to 1.11% of the EU27’s gross national income (GNI). The new budget will have to reflect the reality of the United Kingdom leaving the EU, which will put an additional strain on the remaining member states. However, this also provides an opportunity to address the proposal of eliminating all rebates and reducing from 20% to 10% the amount Member States keep when collecting customs revenues for the EU budget.

The Commission has critically examined where savings can be made and efficiency improved, proposing that funding for the Common Agricultural Policy and Cohesion Policy bemoderately reduced. A modernised Cohesion Policy will have an increasingly important role to play in supporting structural reform. The relative per capita gross domestic product will remain the predominant criterion for allocating funds – while other factors such as the long-term integration of migrants, (youth) unemployment and climate change will also be taken into account. A major innovation in the proposed budget is the strengthened link between EU funding and the rule of law, with the Commission proposing a new mechanism, which would allow the Union to suspend, reduce or restrict access to EU funding in a manner proportionate to the rule of law deficiencies.

More on the budget proposal available at: